Why Alcohol Causes So Many Gout Attacks

Since most of my gout attacks have always occurred after I’ve had a few drinks in the past day or few days, we will begin our education by me explaining the relationship between gout and alcohol consumption. The bottom line fellow gout sufferer is that compared with people without gout, those who do have gout drink more alcohol. Now I was never an alcoholic but in my early twenties, I liked to go out on the weekend with friends and have a few drinks or even share a bottle of vodka for a friend’s birthday party. It was a very normal thing to do and I was like everybody else at the club, bar or pub, just having a good time with friends but the plain truth is that alcohol consumption increases uric acid levels and people with gout should probably avoid alcohol.

Alcohol has many purines, and when it breaks down in the body, it turns into uric acid which can accummulate quickly. In addition, alcohol also stimulates the metabolism of nucelotides which are additional purines. So not only is alcohol high purine, it also promotes purine production in the body. There’s no escaping the negative effects of alcohol when you have gout.

A 1984 study done by the Canadian Medical Association Journal, 24 patients with properly diagnosed gout according to the American Rheumatological Association criteria were matched with controls for age, weight and sex, and use of diuretic. Alcohol intake was determined by asking patients how much they drank on each occasion they were seen, over a five year period. The results came out that patients with gout drank more excessively. Another study completed in 1994 by T.Nishimura et al. (43:745-748):

“Five healthy men who regularly consumed no alcohol, or less than 20 grams occasionally, and five health regular drinkers who consumed more than 60 grams of alcohol a day were given an oral alcohol load of 0.5 grams of ethanol per kg body weight. Blood samples were taken for up to four hours for measurement of xanthine and xanthine metabolites and for uric acid.

Before taking alcohol, concentrations or uric acid and xanthines were the same in drinkers and non-drinkers.

For abstainers, ingestion of alcohol made no difference to concentration of uric acid and xanthines.

For regular drinkers, ingestion of alcohol resulted in prompt increases in xanthines (by 1.5 µmol/L for hypoxanthine and 5 µmol/L for xanthine) by 60 minutes. Uric acid also rose, by about 40 µmol/L, at 180 minutes.” 1

In another study look what they have to say about alcohol particularly beer consumption:

“In a study published in The Lancet medical journal this spring, researchers followed over 47,000 male medical professionals with no history of gout for up to 12 years. By the end of the study, close to 2 percent of the men had experienced attacks of gout. Men who drank the most alcohol daily had twice the risk of developing the disorder as men who did not drink. Beer drinkers increased their risk by 50% for every daily serving, while those who drank hard liquor increased their risk by 15% for each drink. Men who drank wine did not appear to increase their risk for gout, although few men had more than two glasses of wine daily so these results are less conclusive.

The researchers believe beer consumption leads to gout because of its high purine content. Through the process of digestion, the purine compound breaks down to form uric acid. Normally, uric acid leaves the body through urine. But if the kidneys are unable to process all of the uric acid, levels in the blood become too high. The uric acid may then form crystal deposits in the joints. These deposits are the cause of gout. Beer was more likely to be associated with gout than spirits, and spirits in turn more than wine.” 2

So beer contains not only alcohol but it also contains purines! PURINES which are found in high protein foods and  what your doctor first mentioned to you was the probable cause of your gout. Here’s a helpful article on 7 Drinks that can increase your Gout risk and particularly what is says bout beer:

“Beer contains a large amount of purines and has a strong association with gout attacks. One study estimated that patients who consumed a 12-ounce serving of beer daily were 1.5 times more likely to have gout compared to those without alcohol consumption,” says Dr. Sloane. Beer is especially bad for you if you tend to get gout symptoms because it is high in alcohol and brewer’s yeast, both of which may trigger gout pain.”

Also check out the other beverages we gout sufferers should try and avoid or at least limit their consumption like soft drinks which I’ll talk about in more detail in a future post:

One thing you should be aware of is that the alcohol industry is not obligated to report ingredients on labels and the industry has lobbied for years to keep it this way in order to protect its recipes but more importantly to hide ingredients that are simply bad for you.

For example, Newcastle beer contains caramel coloring made from ammonia which is categorized as a carcinogen which can cause you cancer! Corona beer from Mexico contains GMO corn syrup which is very similar to high fructose corn syrup and propylene glycol. Michelob Ultra beer is said to contain a genetically modified sweetener also called GMO dextrose. Next up, the king of beers Budweiser has been found to contain generically modified GMO corn and the other popular beer Miller Lite contains GMO corn and corn syrup to sweeten the taste just like Coca-Cola and Pepsi does, so does the beer industry do the same as well as hard liquor companies.

So you can understand why alcohol nowadays may be responsible for so many gout attacks around the world. Guinness beer which was one of my favorite beers due to its’ creamy smoothness, contains high fructose corn syrup but also fish bladder! Why did they do that? Beats me! I remember saying to myself after a few gout attacks, “I’ll only stick to Coors light beer from now on since it’s low on calories, has a light taste and doesn’t bloat you as much”, …well I sadly discovered later on that it too contains GMO corn syrup.

So How Much Alcohol is Too Much?

I would suggest that you completely avoid alcohol but if you can’t, there are certain limits you can follow. One drink is fine once in a while. That one drink alone will already put you at 36% risk for a recurrent gout attack. High alcohol intake means you are drinking 12 or more drinks per week. You don’t want to be too lenient and get too close to this range.

While I don’t recommend you drink beer if you suffer from gout, if you choose to have a drink at a friend’s BBQ party and consider having one and hopefully just one, then consider an organic beer that is brewed locally with organic ingredients. Stay away from American beers since many of them have GMO. Heineken beer would be my first choice or an Amstel Light but please don’t have more than one beer.

If you developed gout at an early age (before 40), you need to be especially careful since alcohol can be a more likely trigger for a gout attack. In one observational study which followed 700 people, they found that those who developed gout before 40 were more likely to experience a gout attack triggered by alcohol compared to those who had gout after 40. This is probably because younger patients are more likely to drink beer than any other type of alcohol.

But what about wine?

Wine seems to be the lesser evil compared to all alcohols but that doesn’t mean you should go on a wine drinking spree. Wine is alcohol and it can still increase your risk although there has been some conflicting opinions on this. Some don’t seem to have a problem while others still experience a gout attack after having a couple.

Until there is more data, we should just assume that wine is just as bad as any alcohol and therefore should be strictly limited in consumption.

If you just started taking gout medication, you need to be especially careful with your alcohol intake within the first six months since certain medications make you more vulnerable to out attacks in the beginning.

Will Quitting Alcohol Remove My Gout?

It won’t, unfortunately. Eliminating it from your lifestyle is going to reduce your risk for gout attacks because you’ll need to do other things as well such as eat a healthy diet and stay active. In addition, you also need to be taking uric acid lowering medication. This is because gout is a genetic disease, not a dietary one. This means that no matter how religiously you avoid alcohol, you’re still at risk for symptoms if you don’t control your uric acid.

Finally, I conclude this post with this fact on alcohol:

“Alcohol does all kinds of things in the body, and we’re not fully aware of all its effects,” says James C. Garbutt, MD, professor of psychiatry at the University of North Carolina at Chapel Hill School of Medicine and a researcher at the university’s Bowles Center for Alcohol Studies. “It’s a pretty complicated little molecule.” 3

Yes it is and I am a witness to it, yes you may get gout attacks triggered from purines or something else but I tend to get my attacks either the night of, after having a few drinks or having had a few drinks a couple of days before. It always gets me even after the last time several months ago in which I stopped my Allopurinol completely for about 3 months thinking I probably had this thing beat; whereby I had a couple of beers on a Saturday, then a beer with my meal at my mom’s place on Sunday and finally had another glass of wine with my supper on Tuesday. Then Wednesday night the gout attack followed on my right toe and was back at my local clinic getting a prescription for Colchicine.

Of course, alcohol shouldn’t be the only one thing you monitor. Though it’s on top of the list of things to watch out for, you should also avoid high purine foods, avoid getting dehydrated, and control your weight. A  combination of all these things will help reduce your risk for experiencing a gout attack. 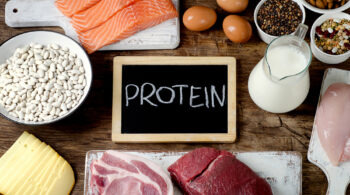