Can Gout Actually Cause You A Heart Attack Or Stroke?

A new study published in this month’s Rheumatology Journal has concluded that a gout sufferer has a 50% increased probability of getting a heart attack or stroke in his or her lifetime. The study was conducted by the University of Oxford and utilized data from the National Health Service of England and the Office of National Statistics, again in England.

What is incredible about this study is that it spanned five decades, tracking 205,000 gout patients between 1963 and 2011! So there is a lot of meat in this study! The study also concluded that higher uric acid levels which cause gout in the first place may also increases the risk factor for you getting a heart attack or stroke. This correlation is very strong and it must be taken very seriously by all gout sufferers in order to prevent unnecessary heart attacks and stroke.

What you also need to know beloved is that you can get a heart attack even if you are not obese, drink or have diabetes, the risk is still there. Gout is also considered the third largest risk factor of heart attack after smoking and family history of heart attack according to Dr. Eswar Krishnan of the University of Pittsburgh.

His 2006 study can be found in the August 2006 issue of Arthritis and Rheumatism where Krishnan and his colleagues collected 6.5 years worth of data from 13,000 men nationwide in the US. His findings concluded a 26% increased probability of heart attack though.

In another study conducted at the Duke University, they found that in spite of receiving aggressive medical therapy, gout patients who had cardiovascular problems had worse outcomes compared to other patients who didn’t have gout.The lead cardiologist of the study, Dr. Neha Pagidipati, said that gout patients had a 15% higher risk of dying from a heart attack, stroke, or cardiovascular compared to those who never developed gout.

What gout does, it may contribute to unhealthy cholesterol and lipid levels and although they are essential for the normal functioning of cells, when certain amount of lipids are enlarged or deposited in blood vessel walls and this clogging leads to a heart attack or stroke.

So even if you are already doing all the right lifestyle changes for gout, you should still be wary of your cardiovascular risk and take the right steps to treating it right away.

You may not be having gout attacks as frequent but your cardiovascular health could already be taking a hit. Don’t wait for gout to get serious before taking action.

Enter Professor Austin Stack and his findings on gout and death

Another doctor who believes that gout increases the risk of cardiovascular disease and death is Professor Austin Stack who performed a study in 2006 with the University of Limerick in Ireland. Over a 10 year period they examined 15,773 individuals and examined the correlation between gout and serum uric acid with mortality.

What his study found was that people with gout had a 42% increased risk of dying earlier and the cause of death would most likely be dying from cardiovascular disease with a 58% higher risk of cardiovascular death! Pretty scary stuff! Furthermore, it seems that gout sufferers have more heart conditions and many more risk factors than those without the disease.

What Professor Austin Stack recommends is that gout patients undergo proper cardiovascular screening in order to reduce death risk. Dear beloved, these findings cannot be ignored, regular cardiovascular screening is important because it helps you detect risk factors at the earliest stages. I strongly recommend you read this interview with Professor Austin Stack on his findings.

A Korean population-based study published in Rheumatology using Korean National Health Insurance Service data from 2002 to 2015 compared the cardiovascular risk among patients with gout initiating allopurinol vs febuxostat. Based study suggests no difference in the risk of non-fatal cardiovascular events and all-cause mortality between allopurinol and febuxostat initiators.

Another study conducted by researchers at the Cleveland Clinic analyzed the blood of patients who had undergone screening for their heart. After following the patients for three years, they focused on patients who had experienced either a heart attack, stroke or who had died and compared these patients with age and gender-matched controls.

Without even knowing what they were looking for, the researchers discovered three compounds that were consistently present in the blood of those patients who had the cardiac events. Those three compounds were the following: trimethylamine N-oxide (TMAO), betaine, and choline.

All three compounds were derived from the same metabolic pathway which is the breakdown of phosphatidyl choline, also known as lecithin. This is a nutrient found mostly in red meat, chicken, shellfish, organ meats, eggs and milk which all basically come from animal and/or animal products. What they also found was that the compound trimethylamine N-oxide (TMAO) had clear connection with heart disease risk through the development of atherosclerosis.

The researchers also discovered that the more we eat of a particular food, the more we shift our gut flora in favour of those foods and by eating more meat or animal products we push our body to produce more TMAO which may lead to serious health consequences.

In conclusion, animal fats, and red meat in particular, may be hard on our heart and on our uric acid levels. As you can see, high consumption of animal fats/meat may not only lead to gout but even heart disease.

Gout Crystals in the Heart

Here’s another worrisome thing that could happen when you have gout. Uric acid crystals can settle into the heart muscle. One case report shows that a 49-year-old man had stopped taking allopurinol and colchicine due to some gastrointestinal issues caused by the medicine.Months later, he experienced shortness of breath and swollen legs. He had to be hospitalized. There, doctors had found that his heart was inflammed due uric acid crystal deposits in the heart muscle. As a result, the heart could not pump blood efficiently.

This was the only reported case so far of this nature but it’s a good reminder of just how greatly correlated gout is to our heart health.

You probably already know the steps to take to reduce your gout symptoms, but not on how to take care of your heart health. Here are just some basics to keep in mind:

What cardiovascular symptoms have you experienced ever since you were diagnosed with gout? What steps are you taking to address it? Share your thoughts in the comments below. 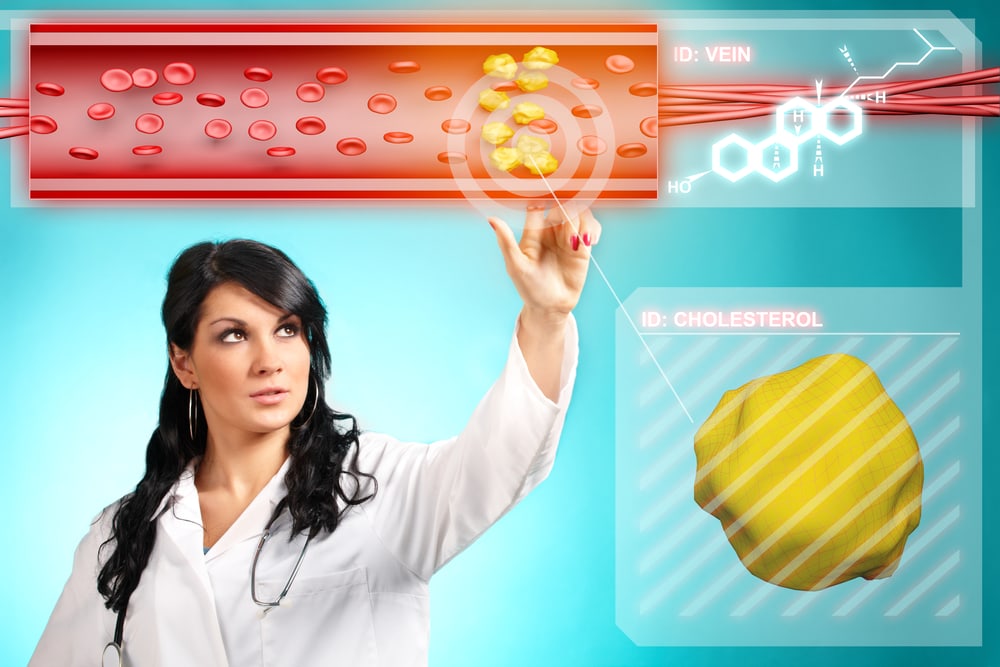