Green tea has been a favorite beverage in China since 2737 BC. The Chinese believe it to be a very powerful cure-all that may be used to help with a variety of conditions. These include weight loss, toxins removal (making it a powerful flavonoid antioxidant), wound healing, and even cancer prevention.

Camellia sinensis leaves are used to make green tea. Because it is not oxidized, it retains its potent therapeutic powers. Green tea has a greater average flavonoid concentration than other health-promoting foods including fresh fruits, vegetable juices, and wine.

Green tea is made from unprocessed, unfermented tea leaves, which provide an emerald green color when brewed. Tea is a refreshing beverage, and green tea is a variation that has less caffeine, which is good enough to create the same impact as a tea while also providing health advantages.

These include weight loss, toxins removal (making it a powerful flavonoid antioxidant), wound healing, and even cancer prevention.

Before we go into whether or not green tea is useful for gout, let’s review what it is.

Gout is a type of arthritis marked by the sudden onset of excruciatingly painful inflammatory attacks that cause swelling around joints. Gout attacks are most commonly felt at the base of the big toe, but they can affect any joint. Other signs include shiny red skin over the joint, warmth to the touch and stiffness.

Gout is caused by high amounts of uric acid in the bloodstream, which causes small monosodium urate crystals to develop in the joints and surrounding tissue.

Uric acid is a result of the breakdown of purines, which are natural substances found in our cells and the cells of the food we eat. Purines are found in a variety of foods. Some are high in purines, while others are moderately high, and many are low in purines.

As a result, gout sufferers must pay special attention to their nutrition.

While drugs are the most efficient way to treat gout’s acute symptoms, a change in lifestyle is required to keep your symptoms under control. This usually includes adhering to a gout diet.

A gout diet may aid in lowering blood uric acid levels. A gout diet isn’t a treatment for the disease. However, it has the potential to reduce the incidence of recurrent gout attacks and decrease the progression of joint damage.

A gout diet is intended to assist you in the following ways:

In general, you should aim to consume a moderate amount of healthy foods.

The specifics of a gout diet

So, what does a gout diet entail? The general principles of a gout diet are similar to those of a healthy diet, and they are as follows:

Where’s the proof that green tea helps with gout?

There is a large body of evidence pointing to the health benefits of green tea. Specifically, studies have shown how drinking green tea helps reduce the risk of developing certain kinds of arthritis-like gout.

People in China, India, and Japan are known to consume green tea on a regular basis. Green tea consumption has been shown in studies to reduce the risk of developing diseases such as arthritis and cancer. Green tea’s high antioxidant concentration may help reduce the joint inflammation and swelling characteristic of gout.

Polyphenols, which are antioxidant molecules found in green tea, come in a number of forms. Gallic acid and the catechins epigallocatechin, gallocatechin, and epicatechin, or EGCG for short, are among them.

EGCG has been described as possessing strong cancer-fighting properties, stronger indeed than vitamins C and E. EGCG also seems to have the best bioavailability which means that it’s efficiently absorbed by your body.

In research published in Arthritis Research & Therapy, they found that EGCG makes up more than half (63%) of the catechins found in green tea. That means it has up to 100% more antioxidant content than that of vitamin E or C.

Green tea, according to the University of Maryland Medical Center, can help reduce gout symptoms by consuming 2 to 4 cups each day. However, further research is needed to determine the long-term consequences of green tea use.

You should give your gout green tea remedy a few weeks to see if it helps.

Hydration is critical following an exercise. This is necessary to avoid dehydration and to guarantee that you recuperate after an exercise. Protein smoothies and drinks are commonly used as post-workout beverages. Protein aids in the recovery process and also aids in weight loss.

However, did you know that you may also drink green tea after a workout? Green tea is frequently consumed for weight loss, but let’s look at why it’s also a great post-workout beverage.

The advantages of drinking green tea after a workout:

The joints are the most commonly affected by RA, but they can also affect other parts of the body, including the heart.

Flares are periods of intense inflammation that some people with RA experience. There is currently no cure for RA. The goal of treatment is to reduce inflammation and slow disease progression.

Medication will most likely be prescribed by your doctor to help you manage your condition. In some cases, adding natural remedies to your treatment plan, such as green tea, may be beneficial.

Green tea is high in polyphenols

Polyphenols, according to the Arthritis Foundation, have potent anti-inflammatory properties. Green tea is an excellent source of epigallocatechin 3-gallate (EGCG). This is a type of polyphenol with extremely potent antioxidant properties.

In a study conducted in 2017, they found that EGCG and EGC in green tea had inhibited cells present in patients with RA. When you have arthritis, you tend to have irregular metabolic functions but green tea might just help normalize that.

For healthy patients without RA, do you ever notice that your joints tend to hurt more than you lack sleep? Green tea can help with that since it is rich in L-theanine which promotes less stress, mood, and sleep.

The more well-rested you are, the better your joints will feel. If you drink more than three cups a day, you might even reduce your risk of developing rheumatoid arthritis.

What the research on ECGC says

The study of green tea has piqued the interest of medical researchers. Scientists at the University of Michigan, for example, discovered evidence that ECGC may help persons with RA. It inhibits the development of specific immune-system chemicals that cause inflammation and joint pain.

There are many other possible benefits of green tea, according to review research published in Arthritis Research and TherapyTrusted Source. ECGC, for example, may aid in the protection of your cartilage and bones. These findings are intriguing, but additional research is needed.

Green tea isn’t a wonder-worker; it’s all about the diet

One of the issues with studies that show a certain nutrient or food type is effective for a common health concern is that people assume the nutrient or food is a “superweapon,” and that they may continue to eat badly. For health-conscious people, green tea is an excellent food source.

It’s not a “wonder” substance that will reverse years of degenerative damage caused, among other things, by poor lifestyle and eating habits.

The anti-obesity impact of green tea varies depending on the mix of fats or fatty acids in the diet, according to a study published in the medical journal Scientific Reports in July 2018.

They claimed that green tea would help people lose weight more effectively if they ate a diet rich in healthy fats like olive oil, which is high in unsaturated fatty acids, particularly oleic acid.

Green tea’s advantages would also be considerably decreased if consumed alongside a high-fat, high-saturated-fatty-acid diet.

One reason for this decrease in benefit is green tea’s inability to handle the inflammatory response to bad fats. Green tea, on the other hand, will have a difficult time dealing with the bad inflammation in your joints.

We previously discussed research that found green tea to have anti-inflammatory properties. That beneficial effect is most effective in repairing old damage rather than causing new damage with a toxic fat-rich diet.

Despite the inconclusive evidence, I personally drink a cup of organic green tea every afternoon. After all, it has half the caffeine of a standard cup of coffee, making it an excellent afternoon pick-me-up.

Also, note that caffeine is a diuretic and you will need to adjust your water intake accordingly by drinking more water. Drinking green tea can also trigger more frequent urination, which can help remove excess uric acid that leads to gout.

How do you prepare green tea?

To release the flavonoids in green tea, steep it for 5 minutes before drinking. By brewing organic leaves in a pot or using tea bags, you can get the most flavonoids.

In the summertime, I also like to brew a bigger pot and then put it in the fridge for some cold green tea. Add a slice of lemon and you’ve got yourself a great-tasting low sugar beverage! If you don’t like the taste, you can always try the tablets.

Green papaya tea is another common gout treatment in Asia. Simply chop 1 cup of green papaya into small cubes, then place the cubes in a pot of boiling water for around 5 minutes. Finally, 2 tablespoons of green tea leaves are added to make this one-of-a-kind tea.

Then steep the tea for about 5 to 10 minutes and then drink up! Although there have been claims of curing gout with this special tea there is definitely no harm in trying it out!

What about other teas?

There are so many kinds of teas out there, you’re probably caught up on what to buy. First, let’s start with green tea. Green tea can come in different varieties. They have the same polyphenols although the amount may vary. Some varieties of green tea include jasmine tea, matcha tea, and oolong tea.

Black tea is also worth exploring since it’s been found to have an anti-inflammatory effect. Some good black teas include Assam, Oolong, Ceylon, Chai, and Pu’er tea.

The way green tea is processed distinguishes it from black tea. They are both derived from the leaves of the Camellia Sinensis shrub, which is indigenous to East, South, and Southeast Asia.

Black tea leaves are withered, rolled, oxidized, and dried. The process of oxidation gives black tea its color and a stronger flavor, which it can keep for several years.

Other teas, such as honeybush and rooibos, are not classified as green or black teas. They’re still herbal, they just don’t contain as many polyphenols or offer a beneficial effect on gout.

You can buy fresh green tea leaves at high-end grocery stores and specialty stores. Try to find an Asian grocery store as well as they might have it.

It’s best to take this on an empty stomach so you can experience its benefits.

If you just want to stick to drinking tea, the same dosage applies as well. A cup of green tea has about 60 mg to 125mg in it so this means you can have a few cups of it each day. Avoid going excessively, as this might lead to anxiety, irritation, sleeping problems, and tremors.

Green tea also has a stimulating effect so try to avoid drinking other beverages or medications that are also stimulants.

What has your experience been like using green tea as a remedy for gout? Share your thoughts in the comments below. 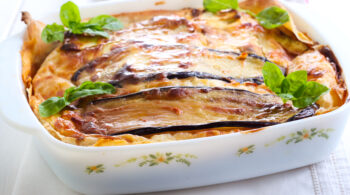 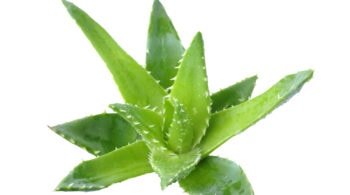 30 replies to "Gout and Green Tea"