I recently watched a thought provoking documentary on PBS which supports my dietary philosophy of eating mostly a vegetarian diet. The documentary is called In Defense of Food which you can watch here. NYTimes best-selling author Michael Pollan tries to answer the question: What should I eat to be healthy? Michael busts many myths and misconceptions, and how you should apply common sense and wisdom when deciding what to eat.

Michael’s journey for truth takes him to many places but one place that stood out for me was in a California nursing home for Seventh Day Adventists enjoy remarkable longevity by eating a vegetarian diet. To quickly summarize, the solution to eating well and avoiding diet-related diseases is to eat food, not too much, meaning control your portions and eat mostly a plant based diet. Yup you heard right, plants as in complex carbohydrates, greens, beans and all that wonderful stuff.

What does consist of the Western diet? It includes lots of meat, sugar, white flour and vegetable oils. It’s inexpensive, convenient and has been processed to taste yummy! Remember the food industry rules us via confusion. Everyday there is a different headline in the news about food. Eat more fiber. Eggs are bad. Eggs are good. Meat is bad. Meat is good. Drink more milk. Drink less milk. It’s no wonder people are confused, obese and sick.

Micheal Pollan goes on to say: “Eat food, not too much, mostly plants, is what our species has done for hundreds of thousands of years, so that advice is about as universal as any advice you could offer. It’s very rare in our lives where the answer to a complicated question is so simple, but when it comes to eating, it is.”

He also adds: “The rise of farmers markets, the rise of organic agriculture, the rise of the food movement — none of this was the result of government action. All of this was the result of consumers voting with their forks, signaling to farmers and the food industry they wanted something different. And this has created a multi-billion dollar alternative food economy. So we may be at a turning point.” For those that want to learn more from Michael Pollan, I strongly recommend you check out his book as well, titled In Defense of Food: An Eater’s Manifesto.

What makes the Seventh Day Adventists different from the rest? They eat like Greeks, following what we call the Mediterranean Diet, eating mostly fresh fruits, vegetables, legumes fish, olive oil and nuts. Or as outlined in my book, eating complex carbohydrates for at least 80% of your daily calories.

While their religion advocates vegetarianism, followers can eat meat if they want to. They can only eat clean meats which are basically the same as kosher meats like beef, chicken, fish and wild game but excludes pork and shellfish. Foods high in fat like eggs, butter and dairy should be consumed in moderation to avoid cholesterol. While complex carbohydrates like whole grains, vegetables, legumes and fruit comprise the foundation of the Seventh Day Adventist Diet. To my fellow gout sufferers, I ask after examining the evidence to eat more like a Seventh Day Adventist! Let me know your thoughts! 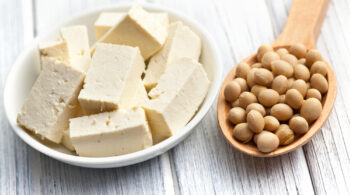 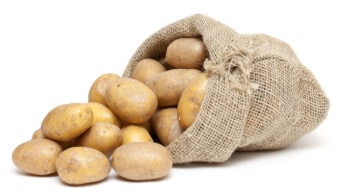 9 replies to "Gout and the Seventh Day Adventist Diet"