Does Suffering From Psoriasis Increase Your Risk of Developing Gout?

Psoriasis is a disease in which red and white patches develop on the skin and is caused by the body’s immune system going into overdrive to attack the skin. The disease affects 2–4% of the general population and about 15% of the people who suffer from psoriasis will go on to also develop psoriatic arthritis (PsA) which is a type of arthritic inflammation and which can affect any joint in the body.

In a Harvard Medical School study that was published this past week (March 20, 2014) in the Annals of Rheumatic Diseases found that individuals who suffer from psoriasis have about double the risk in developing gout and individuals who suffer from psoriasis arthritis (PsA) have almost 5 times as high a risk as those without psoriasis! “Overall the risk estimates were substantial and demonstrate a clear association between a prior history of psoriasis, with or without concomitant PsA, and incident gout,” the authors write led by Dr. Joseph F. Merola. The study followed 98,810 persons from 1986 to 2010 and included 27,751 men and 71,059 women. There were 2217 gout incidents during the study period.

The study also found that there was little association between a rheumatoid arthritis patient and the risk of developing gout later on. In contrast, someone who had a history of osteoarthritis had a significant but small increase in developing gout. In addition, gout risk was much higher among men than women.

Gout risk increased with age in women while in men it decreased. It is important that your doctor should be aware of the relationship between psoriasis, PsA and gout. When evaluating the psoriasis patient it is important to be on the lookout for possible inflammatory arthritis symptoms. They also stated, “In those individuals presenting with an asymmetric, inflammatory synovitis, our findings clearly highlight the need to consider inflammatory crystal arthopathy in the differential diagnosis of psoriasis patients presenting with an acutely inflamed joint(s).”

In regards to monitoring high uric acid levels and evaluating for gout flare-ups among psoriasis or PsA sufferers, Dr. Merola stated that there is no proof that this type of monitoring would be beneficial in preventing the development of gout. A doctor out of Italy named Paolo Gisondi who recently published a study on hyperuricemia in patients with chronic plaque psoriasis indicated that uric acid levels should be routinely monitored by dermatologists and rheumatologists among patients who suffer from psoriasis and PsA. Furthermore, when increased levels of uric acid are present then a uric acid lowering therapy should be considered.

The study also pointed out that weight loss and diet may help decrease the severity and frequency of psoriasis, PsA and gout flares. Although there is a causal link between psoriasis and the development of gout the study can’t prove that psoriasis treatment can reduce gout flares for the moment. 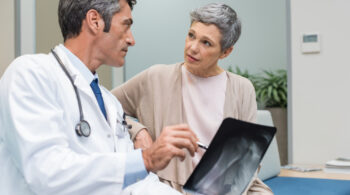 8 replies to "Gout and Psoriasis"