What is Processed Meat?

Processed meat refers to meat that has been cured, salted, smoked, fermented, dried or cured. Some of the most common processed meats are bacon, ham, hotdogs, sausages, and beef jerky. They’re all a typical part of a meat eaters’ diet, however, what most people don’t know is that processed meats can be bad for your health, especially for gout sufferers.

Meat itself is naturally high in purines but its processed versions are much worse. What’s scarier is that they’re easily available in the market and people might not notice they’re actually buying processed meat due to its prevalence. To give you an idea, here is a list of processed meats commonly found in grocery stores.

The list doesn’t end there as there’s actually more. The next time you go to the grocery store, watch out for these items and avoid them if I were you.

Let’s take a look at the reasons why processed meat is so bad for you.

Why Processed Meat Is Bad

Nitrites are a common ingredient added to processed meat. This is what gives it its pink color and salty flavor. In addition, it prevents bacteria growth and cuts food poisoning risk.  It’s the main ingredient that’s causing these diseases associated with processed meat. Scientists found that nitrites make meat more carcinogenic and it may be responsible for the formation of cancer-causing compounds in the body. The real risk, however, comes when nitrites interact with the compounds in meat and when it is cooked in high heat. This forms the compound called nitrosamines which can cause cancer.

Don’t be fooled by those marketing labels either. If a processed meat is labeled as natural or unprocessed, it may just be that they used vegetable powders like celery salt to preserve the product and prevent foodborne illnesses. The naturally-occurring nitrates in vegetables are inherently not bad but once added to meat, it converts into nitrite which can be harmful for the body. This still puts you at risk for certain types of cancer.

The scary part is that the U.S.D.A allows this. So as long as the meat has not been cured with nitrites or nitrates, it is legal for manufacturers to label their product as “uncured”. Meat companies are aware of the bad rep their products get so they add labels like “no nitrites added”, “no artificial preservatives”, or “uncured” to put you at ease.

Sure, it will make you feel good about yourself at the moment because you think you made a healthy choice, but the truth is, these kinds of products are just as terrible as processed meats cured with sodium nitrite.

Processed Meat and Other Harmful Substances

Processed meat tends to be saltier than any other type of meat. They have four times the amount of salt than red meat and they contain more 50% more preservatives. This is a huge contributing factor to the risk it poses to people who consume processed meat. In addition, sodium reduces one’s tolerance to sugars which can only mean that your risk for diabetes increases.

The list of dangerous chemicals doesn’t just stop at nitrites. Certain processed meats contain harmful compounds such as PAHs (Polycyclic Aromatic Hydrocarbons) and HCAs (Heterocyclic Amines). These chemicals are formed in the process of curing meat via burning or smoking meat.

Other harmful ingredients found in processed meat include:

If you’re a regular person who eats a daily breakfast consisting of bacon and other processed meats, now might be a good time to cut down on that. Processed meat has been associated with various cancers including stomach, colorectal, and breast cancer.

Here are more facts about processed meat, cancer, and other diseases:

-Consuming 50g of processed meat daily (one hot dog or a couple of bacon strips) can increase bowel cancer by 18%.

-The Cancer Research Centre in the UK said that if people in Britain didn’t eat processed or red meat, the incidences of cancer would decrease by 8,800. That is more than the number of people in Britain who die from road accidents.

-Women who consumed 9g of bacon a day increased their risk for developing breast cancer.

-A 1994 study found that children who consumed hotdogs several times a week increased their risk for developing childhood brain cancer especially if they are on a diet poor in vitamins.

Just recently, the World Health Organization has classified processed meats as a group 1 carcinogen. This is based on 400 studies reviewed by 22 cancer experts from all over the world in which they found that processed meat is strongly linked to colon cancer. It’s a fact that you can’t ignore. You can read more of W.H.O.’s findings and opinions on processed meat here.

It may sound weird but there’s actually a link between the consumption of processed meats and unhealthy habits. It is not uncommon for a processed meat eater to smoke or drink. These are the same people who also eat less fruits and vegetables. A combination of these bad habits lead to chronic diseases such as heart disease, high blood pressure, chronic obstructive pulmonary disease, and stomach cancer.

According to Jill Pell of the Institute of Health and Wellbeing, it would be misleading for health authorities to say that there is a healthy dose for processed meat. The only real way to avoid your risk is to get rid of it from your diet completely. But then again, we would all be lying if we said we can avoid processed meat. Given how ingrained it is in our culture, it can be hard to give it up altogether. If you’re a carnivore, the smell of bacon alone is tempting enough.

The thing is, there is actually a way for processed meat to be less carcinogenic and that is by salting it. This process involves rubbing the meat with dry salt and storing it in a temperature and humidity-controlled space.

This can be a very slow process which often takes weeks, even months. Curing meat is ancient practice that’s been done for many, many centuries. Only when the process was industrialized did it start to get a bad rap.

Corporations like efficiency. They don’t make profit by waiting long. They’d rather add those poisonous chemicals into your food and make profit today. In fact, processed meat manufacturers in the 60s recommended that ham-makers add sodium nitrite to their meat to increase production. They have known about the dangers of nitrosamine for a very long time and yet they continue to use it in processed meat because hey, it’s just business, right?

If you really can’t give up your processed meats, try to find a local meat shop that cures their own meat or consider doing it yourself. This is a totally different topic in itself and if you’d like to be more well-versed in it in order to shop for processed meat more wisely, then there are plenty of resources on the internet for you.

As a gout sufferer, you are probably already aware that certain red meats and organ meats are high in purines therefore, consumption of this food group should be limited. There are already several studies proving that individuals with diets consisting of processed sweet, salty food as well as red and processed meats are at higher risk for gout.

Take note that these processed meats are the worst offenders when it comes to gout. They are very high in saturated fat and sodium and should avoided as much as possible.

Too much salt is bad for your gout condition. It damages your kidneys making it not function as efficiently as it should to excrete uric acid. One study published in Circulation says that those with high salt intake had higher levels of urine albumin excretion and serum uric acid. This puts them at higher risk for hypertension.

Albumin in your urine is also a sign that you have kidney damage. To make it even worse, salty foods are designed to be addictive. It may not sound so crazy after all to think that people with unhealthy habits tend to eat processed meat too. It’s not just a habit just but an addiction that keeps them coming back for more.

If you have been eating processed meat for a long time, you may want to consider minimizing it. Eating a piece bacon won’t kill you but overindulging on it every day likely will. It can be hard to resist especially if you’re used to eating regularly. Try to be more conscious of the meats you eat and opt only for unprocessed meats and make the meals yourself.

When shopping for meat, we often use pinkness as a measure of its freshness. However, this does not apply to processed meats. If bacon, ham, or salami is pink, you can best be assured that it’s been treated with nitrates and nitrites to hide its greyish brown color.

Try to look see if there Parma ham sold in your local grocery store. They are a meat company in Italy that only uses salt, and zero nitrates in their products. Their ham possesses a deep, rosy pink color minus the nitrite. Take note that they have been doing this for over 25 years! If companies like them can make nitrite-free meat, it makes you wonder why other companies won’t do it. Oh wait, profit! Parma is just proof that you can still make bacon without using nitrite. Also check the sodium content and look for products that are labeled “reduced sodium”, “no salt added”, or “low sodium”. A healthy food item should have no more than 600mg of sodium per serving.

When cooking processed meat or any other type of meat for that matter, temperature is key. Most processed meats require cooking in high heat resulting in that smoky, delicious flavor. However, delicious does not always translate to healthy. This method of cooking produces compounds similar to that of cigarette smoke which can be dangerous to consume. Simply put, cooking in high temperatures results in more carcinogens produced so always opt to use low-temperature methods like braising or roasting.

If you do end up giving up processed meat, there are still many different replacements out there that are not only delicious but also healthy. You can add these to your favorite meals where you would usually use processed meat with such as sandwiches, salads, toast, and soups. This includes:

At the end of the day, only you can make decisions for your health. I personally never eat any processed meat. I might only have a couple slices of bacon once every 6 months now, just to remember the taste. But after reading the facts I have stated here; my hope is that you can adapt better habits when shopping at the meat section and learn how to distinguish highly carcinogenic meat from home-cured meat. Opt for healthier protein sources like fish, nuts, and legume instead of meat, especially processed meat! By doing this, you will be doing a great service to your health. 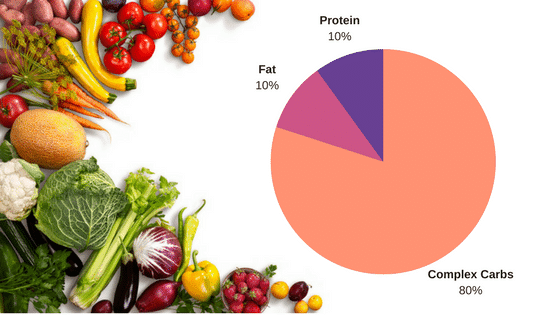 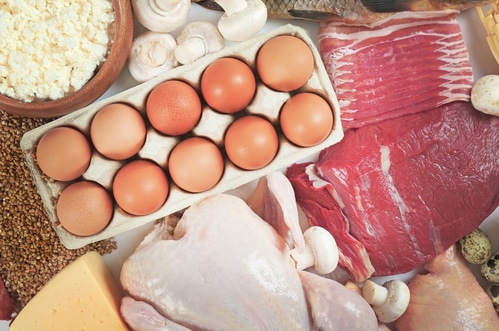 Gout and the Tsimane Tribe 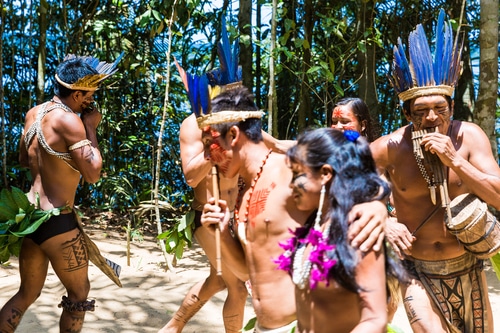 Gout and the Tsimane Tribe

10 replies to "Gout and Processed Meats"