Celery seed has been used as medicine for thousands of years in many parts of the world but not that well known here in the West. Indian Ayurvedic medicine used celery seed to treat colds, flu, water retention, poor digestion, rheumatoid arthritis and other diseases. In Greek history, the people used celery as a sign of victory. The Romans would later use it as seasoning. Not long after, celery seed would become a delicacy for the French and Italians as well. Later in the 19th century, the North Americans would discover celery seed as a pickling ingredient.

Celery seed is a very powerful and flavourful spice that you can dress your salad with, you can also add it in soups, casseroles and curries. It has a grassy, bitter taste that makes it ideal for pickling and brining vegetables as well. To reduce its bitter taste, you can use the celery seed to cook. This process enhances the spice’s sweet flavor instead. Depending on where the celery seeds are sourced, they can taste lemonlike (India) or herbal (French). Celery seed goes beyond its culinary use since it has many health benefits as an alternative medicine for us gout sufferers backed by many people who suffer from the disease. Celery seeds may help relieve and prevent many conditions like gout, rheumatoid arthritis, high cholesterol and hypertension.

What makes celery seeds so effective?

Celery seeds are rich in omega-6 fatty acids, diuretic oils (3-n-Butylpthalidewhich which gives celery its distinctive smell and taste) a very powerful diuretic that cleanses the system of excess fluids and like other diuretics which include coffee and guarana, celery seed stimulates the kidneys causing the body to flush out uric acid and the crystals that causes gout in the first place. What it does is, it may help enable your renal system to excrete uric acid more effectively as well as alkalize your blood. It does this by helping your body get rid of too much water by increasing your urine output.

Celery seeds may also help with lowering inflammation and according to James Duke, Ph.D., a medical botanist formerly with the U.S. Department of Agriculture and author of the best sellers “The Green Pharmacy” and “The Green Pharmacy Herbal Handbook”; celery seeds contain about twenty different anti-inflammatory agents! This is a man that had gout and used celery seed extract to keep his uric acid levels in check. He claims to not have had a gout attack since!

In addition, according to Kerry Bone, a leading expert on herbal remedies has stated that it works brilliantly with his patients. But the truth is there haven’t been many studies done to scientifically prove that celery seed is indeed an effective treatment on gout except for a study done in China using lab rats which did indeed conclude that celery seed did decrease uric acid levels in those rats. In the study, they found that celery seed extract had an effect on reducing serum uric acid levels in rats that had hyperuricemia and swollen ankle joints. Click here (Published in 2008 Food Science by authors Tong Guo-hui, Zhang Yi, Zhang Yao-nan, Li Hong, Liu Jie)

How do I use celery seed?

Celery seed can be taken naturally as fresh or as dried seeds but it is not recommended to eat the seeds themselves as they tend to be bitter and can be hard to swallow. They are also available as tablets and the recommended dosage is 500 mg (standardized to 450 mg of celery seed extract) 2 times daily. Furthermore, it can be taken in capsules filled with celery seed oil and finally you can also take it as an extract which works best. You can also find celery seed as a key ingredient in my proprietary blend which is sold on Amazon called NutriGout. Since celery seed is a diuretic, it is important to drink plenty of water.

What about celery stalks and juice?

Celery juice was trending awhile ago due to its health benefits but you’re probably wondering if it’s just as good as celery seed. For gout, it is not since celery stalks do not contain as many beneficial compounds as celery seed. It would be better for you to consume celery seeds than celery juice. However, you are encouraged to still eat celery stalks as they are high in fiber which can help reduce gout attacks. If you’re going to juice celery, you can throwin some celery seeds to make it more nutritious.

What is in celery seed?

Like all medicinal plants, the oils of the celery plant are most concentrated in the seed providing us with the strongest medicinal effect. Celery seeds contain several substances including volatile oils like flavonoids (luteolin and apigenin which both have very strong anti-inflammatory properties), antioxidants, omega-6 fatty acids, coumarins, mild blood-thinning compounds and diuretic oils. All these combined compounds work together to fight a number of common conditions like gout.

Celery seed and its extract can be available in capsule form. You can easily find it at health stores or stores that specialize in natural medicine. You may also do a search online for celery seed supplements. It will typically be available in 600 to 1000 mg doses.

If you’re going to buy celery seed as a spice at the grocery store, make sure to store it properly with your other spices in the kitchen. Keep it away from heat and store in a cool area.

Other Health Benefits of Celery Seed

Celery Seed May Help with Cancer

Celery seed contains anti-cancer properties that may help fight certain cancers like liver cancer and stomach cancer. The seed is said to prevent the development of the cells so they don’t grow in the body. Celery seed’s antioxidant properties can also help remove free radicals in the body. Free radicals cause damage to the DNA which play a role in the development of cancer.

In a study published in the Journal of Evidence Based Complementary and Alternative Medicine, it was found that celery seed can have healing effects on anti-inflammatory conditions such as arthritis. Celery seed is said to have chemical properties that can reduce inflammation and possibly even treat these conditions.

Are there any risks?

Since celery seed is a diuretic, you may experience a faster flow of urine which can reduce water and sodium levels in your body. If you are taking blood-thinning medication, lithium, or thyroid medicine, it may interact with celery seed.

If you are obviously allergic to celery seeds, it can be very dangerous for you, if not fatal. It may cause a mild allergic reaction such as a skin reaction or something as severe as anaphylaxis.

Pregnant women should not use it either which can stimulate the uterus and increases the chances of a miscarriage or premature birth. Make sure to talk to your doctor before using celery seed to avoid any side effects with any other therapies or medication. 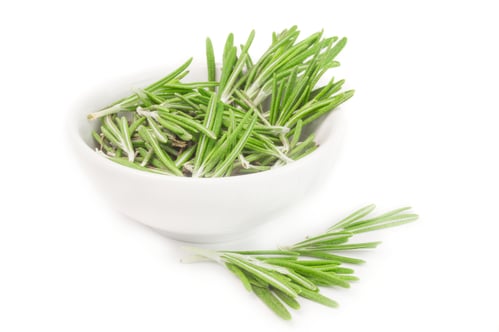 39 replies to "Gout and Celery Seeds"