Does Gout Lower the Risk of Developing Alzheimer’s?

Alzheimer’s is the most common form of dementia that causes problems with your memory and thinking, eventually affecting your behavior and daily life. The majority of people who will suffer from this terrible disease will do so after the age of 65. Alzheimer’s is a progressive disease that gradually worsens over time.

Alzheimer’s is also the sixth leading cause of death in the United States. Some of the most famous people have suffered from this disease including former president Ronald Reagan, actor Charlton Heston, boxer Sugar Ray Robinson, and singers Perry Como and Glen Campbell.

Unfortunately, there is currently no permanent cure for Alzheimer’s disease. However, modern treatments can help slow the progression of the disease and its symptoms.

Although we still don’t know what triggers Alzheimer’s disease, there are several factors that are known to increase your risk of developing this condition. More notably, family history, any history of whiplash or head injuries, age, and cardiovascular disease.

But did you know that by suffering from gout and high uric acid (hyperuricemia), gout sufferers may be at a lowered risk of developing Alzheimer’s disease at a later point in their lives? Wow! Something positive to cheer about! Well… somewhat, I guess! What is Alzheimer’s Disease?

Alzheimer’s disease is a type of dementia that causes problems with memory, thinking, and behavior. The symptoms eventually become severe enough to interfere with daily activities.

Alzheimer’s disease, contrary to popular belief, is not a normal part of aging. Having said that, the greatest known risk factor is increasing age, and most Alzheimer’s patients are 65 and older.

Alzheimer’s Gets Worse Over Time

Alzheimer’s is a progressive disease, meaning that over many years, the symptoms of dementia gradually get worse. Alzheimer’s disease causes mild memory loss in its early stages, but by the disease’s final stages, people are unable to converse or react to their surroundings.

A person with Alzheimer’s typically lives 4 to 8 years after diagnosis, but depending on other factors, they may live up to 20 years.

There is no cure for AD

Acuranumab (AduhelmTM) is one medication that is the first therapy to show that removing amyloid from the brain, one of the symptoms of Alzheimer’s disease, may potentially slow cognitive and functional decline in people with early Alzheimer’s disease.

Other treatments may temporarily slow the progression of dementia symptoms and improve the quality of life for Alzheimer’s patients and caregivers. A worldwide effort is currently underway to find better ways to treat the disease, delay its onset, and prevent it from developing.

Typical Signs and Symptoms of Alzheimer’s

Alzheimer’s symptoms may differ from person to person. One of the initial symptoms of the disease is frequent memory issues.

Alzheimer’s may also be detected in its early stages by a decline in non-memory aspects of cognition, such as difficulty using the correct word, difficulty comprehending visual images and spatial relationships, and impaired reasoning or judgment.

The disease’s symptoms worsen over time and include altered behavior and more confusion.

Here are some of the early signs that indicate a person may be suffering from Alzheimer’s:

Uric Acid Is a Powerful Antioxidant, but Is It Linked to Dementia?

As a gout sufferer, the mere mention of uric acid may cause anxiety. In reality, however, uric acid is a very effective antioxidant. Uric acid is a byproduct of purine metabolism that is excreted from the kidneys and bowels. It is produced during the enzymatic degradation of xanthine.

According to research, elevated serum uric acid (SUA) is linked to a variety of cardiovascular diseases and frequently contributes to cognitive impairment morbidity.

Cognitive impairment is a chronic neurodegenerative condition that causes difficulties with learning and memory. In the United States, it is estimated that approximately 22% of the elderly over the age of 70 have some degree of cognitive impairment.

Several studies have recently looked into the link between uric acid and cognitive impairment, with mixed results. In theory, uric acid is an endogenous antioxidant that accounts for roughly two-thirds of human plasma antioxidant power and is thought to have neuroprotective properties. Several studies’ findings support this hypothesis.

Separately, several cross-sectional or case-control studies have suggested that a higher SUA level is associated with a lower risk of cognitive dysfunction.

Unfortunately, these studies only confirmed that we have a mixed bag of results.

A previous study suggested that gout patients face a lowered risk of developing Alzheimer’s disease since the high uric acid in our blood offers a neuroprotective role according to famous gout researcher Hyon Choi, MD, DrPH of Massachusetts General Hospital.

Utilizing the data from a population-based study from The Health Improvement Network which is an electronic medical records database representing the U.K general population.

Choi and colleagues identified 59,224 individuals with gout and compared them with a control group of 238,805 individuals without gout, all with a mean age of 65.3 years old.

After following the two groups for several years there was a noticeable difference in the amount of newly developed cases of Alzheimer’s disease in the control group. This was way higher than in the gout group.

There is a 24% reduced risk of developing Alzheimer’s disease in people with gout.

Dr.Choi also pointed out that no previous studies had examined the link between gout and Alzheimer’s disease.

He pointed to the data from the Rotterdam Elderly Study published in Brain 2009 issue. This report showed an inverse association between uric acid levels and the potential risk of any type of dementia!

Dr.Choi went on to say that there are several ongoing studies to prevent the progression of Parkinson’s disease. They are researching the effects of uric acid-raising drugs and believe that future research should investigate this as a potential treatment for Alzheimer’s disease.

It may even work for patients suffering from Multiple Sclerosis or MS. Remember that I have outlined how uric acid is a powerful antioxidant in other posts on my website. This is exciting research that can lead to many discoveries in the next few years.

Research dated February 2018 shows that high uric acid levels may increase the risk of dementia in the elderly. This was the finding of a French population-based cohort investigation recently published in the Annals of Rheumatic Diseases.

Now there seems to be conflicting evidence regarding uric acid having a protective effect. So the cat is not out of the bag yet with this topic.

What the New Evidence Says

According to a recent meta-analysis, hyperuricemia and gout do not increase the risk of dementia overall. However, it may be associated with a lower risk of Alzheimer’s disease.

Researchers discovered no significant difference in dementia risk between patients with hyperuricemia or gout and those who did not have either of these conditions in an analysis of pooled data from four cohort studies.

On the other hand, gout and hyperuricemia were associated with a 22% lower risk of Alzheimer’s disease.

However, because of the small number and high heterogeneity of the included studies, the results of our meta-analysis should be interpreted with caution.

Previous research into the link between hyperuricemia, gout, and dementia has yielded conflicting results. A study published in Annals of the Rheumatic Diseases found that higher serum uric acid levels were associated with a 1.8-fold increased risk of dementia overall.

There was also a 3.7-fold increased risk of vascular or mixed dementia, but no link was found between serum uric acid levels and Alzheimer’s disease.

However, in a study published in Arthritis Research & Therapy, researchers discovered that gout was significantly associated with 24% and 23% lower risks of vascular and nonvascular dementia, respectively.

The mainstay of gout treatment is lowering serum uric acid. Serum uric acid levels are thought to increase the risk of cardiovascular and kidney disease.

According to a recent study, while lowering serum uric acid in gout is important, there is some evidence that uric acid has neuroprotective and antioxidant properties that may help with neurodegenerative diseases.

Their findings were recently published in the Annals of the Rheumatic Diseases. To conduct this study, the authors used a French population-based cohort study with a total of 1598 adults aged 65 or older.

1,924 MRI scans were performed at baseline, and serum uric acid levels in each subject were checked. Twelve years were spent monitoring the subjects. The primary outcome was an incidental occurrence of dementia.

The results were detailed as follows:

The implications for clinicians were as follows:

These findings should be interpreted with caution, as the authors state that more research is needed.

Is There a Link Between Gout and Dementia in the Elderly?

The evidence for a link between gout and dementia is inconclusive. However, according to a study published on the ScienceDirect.com website, gout is associated with a 37% lower risk of dementia in the elderly.

The National Health Insurance Service in Korea provided population-based representative claims data for this retrospective cohort study. From 2002 to 2013, they used the Elderly Cohort database, which represented 10% of the elderly Koreans over the age of 60.

The researchers then used Cox proportional hazard models to examine the relationship between gout and a new dementia diagnosis, adjusting the data for potential covariates such as demographics (age, gender, and comorbidities).

Again, the study did suggest that gout was associated with a lower risk of dementia.

Is Gout Preventive of Dementia?

A database study from Korea discovered that people with gout were less likely to develop dementia than age- and sex-matched peers.

The study included over 5,000 gout patients and 25,000 controls from Korea’s national healthcare system, and the adjusted hazard ratios for overall new-onset dementia were 0.79 and 0.73 for Alzheimer’s disease, respectively.

The researchers reported in Arthritis Care & Research that men 65 and older drove the associations, with hazard ratios of 0.71 for overall dementia among gout patients in this age group and 0.67 for Alzheimer’s disease.

Gout diagnosis, on the other hand, had no association with any type of incident dementia in those younger than 65, though researchers discovered non-significant trends toward a higher risk of vascular dementia in non-elderly male gout patients and a higher risk of Alzheimer’s disease in younger women with gout.

Furthermore, despite having hazard ratios of 0.65-0.88 for overall, vascular, and Alzheimer’s dementia in women 65 and older with gout, none of these were statistically significant.

The researchers discovered that the relationship between gout and dementia type varies depending on the age of onset of gout and the duration of the disease and that different mechanisms may be involved.

The authors noted that the conflicting results could be explained by the fact that gout is both a metabolic and an inflammatory disease. On the one hand, uric acid, which is elevated in active gout, is an antioxidant and might, in theory, protect the brain’s neurons.

On the other hand, neuropathology might be influenced by the inflammation that results in the clinical symptoms of gout.

It should come as no surprise that previous research on cognition in people with rheumatologic disease has produced conflicting findings (yeah, no joke!) with some studies finding no association and others finding a higher risk of cognitive impairment.

This was particularly evident in rheumatoid arthritis, which doesn’t involve antioxidant molecules. In many of these studies, gout appeared to favorably influence vascular dementia in particular.

Both gout and Alzheimer’s disease are life-changing conditions that need proper care. Regardless of what you may read or listen to on the news, consulting with your primary care professional should always be your first step.

Many modern treatment plans have shown to be very effective in the treatment of gout and Alzheimer’s. Speak with your doctor today to get professional guidance on how you can help enhance your quality of life. 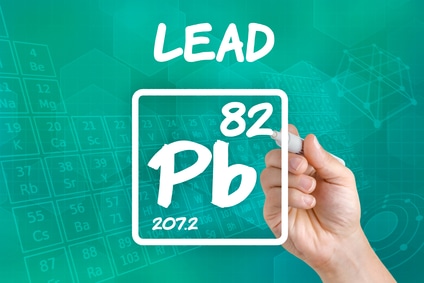 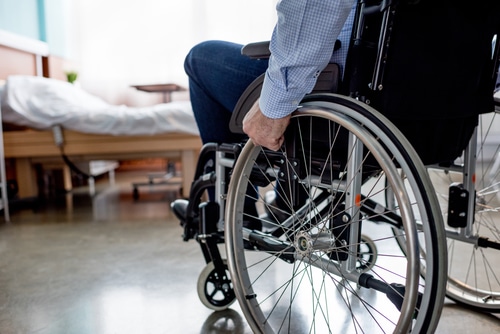 3 replies to "Gout and Alzheimer’s Disease"