Relieve The Pain With NSAIDs

When I got my first gout attack and was diagnosed with the disease, my doctor prescribed me NSAIDs and Coclchicine so I can walk again normally from the pain. That is the only time I used them, because I think I was limping for like 2-3 weeks when I first was diagnosed with gout. My other attacks weren’t as painful and long in duration, only lasting a few days.

So what are NSAIDs (pronounced En-sedz)?

The acronym stands for “Non-steroidal anti-inflammatory drugs” and that are many different types of these drugs. Did you know that we have been using NSAIDs to treat diseases since 1763? They are painkillers that reduce inflammation in the affected area like your toe or knee from your gout attack, working in reducing the levels of pain and are usually recommended as an initial treatment for gout. NSAIDs are also used to relieve arthritis. Steroids may be taken by mouth or by injection into the bloodstream or muscle.

NSAIDs used often to treat gout include the following:

Out of all the NSAIDs mentioned here, Naproxen seems to be the most recommended since it has the least side effects. Doctors will usually provide this as a first option since it is very effective at treating gout flares. Compared to other gout medications such as colchicine, naproxen is definitely preferable. Too much can be life threatening, meanwhile, naproxen has the least risk for vascular side effects.

In one study, they compared the effectiveness of this NSAID against colchicine. They followed 399 patients all throughout England. One group consisting of 200 patients took 750mg of naproxen, then took a 250mg dose of it every 8 hours for 7 days. The second group of 199 patients took 500 µg of colchicine three times a day for 4 days.

What they found was that both groups had little difference when it came to pain relief. Both were effective at treating the gout flare. However, those who took colchicine had experienced diarrhea as a side effect of the drug. They also had more headaches and constipation.

So the next time you have a gout flare, opt for naproxen instead. It is associated with fewer side effects and costs lower than colchicine.

On a side note, Aspirin is a NSAID but not recommended for gout. Studies have shown that aspirin may raise the levels of uric acid in the blood. Corticosteroids may also be used and Prednisone is the most commonly prescribed and is often used in people who are unable to take non-steroidal anti-inflammatory drugs (NSAIDs) or colchicine. Use of NSAIDs may usually relieve the symptoms of a gout attack within 48 hours.

Actually, a  2018 study published in The Annals of Emergency Medicine concluded that there is no significant difference between corticosteroids and nonsteroidal anti-inflammatory drugs (NSAIDs) for short-term pain relief, long-term pain relief, time to resolution of pain, or the need for additional analgesics.

New research shows that a steroid pill may be as good as a nonsteroidal anti-inflammatory drug (NSAID) for treating painful gout.

What are the side effects of NSAIDS?

As with any drug, there are side effects that can be experienced by different individuals like nausea, vomiting, diarrhea, constipation, tiredness, headaches and can irritate the lining in your stomach which can cause bleeding in the stomach and/or ulcers especially if you are elederly. People with reduced kidney function or those with conditions such as stomach ulcers or bleeding should avoid using NSAIDs. Make sure to consult your doctor before using NSAIDs to treat gout.

Certain people will be affected by NSAIDs differently. For instance, pregnant women may not be allowed to take NSAIDs after 30 weeks since this can affect the fetus. Or if you have a child with a viral infection, they cannot take aspirin since it puts them at risk for developing Reye’s syndrome. Your doctor will assess your situation so they can provide the best drug that works best for you.

If you experience any serious symptoms like itching, rashes, swelling, black stool, trouble urinating, headache, middle back pain, blurred vision, fatigue, or unexplained weight gain, get help from your doctor right away. More severe side effects from NSAIDs can include difficulty breathing, swelling of the face or throat, slurred speech, or weakness on one part of your body.

NSAIDs are meant to be taken for a short period of time. Be careful if you are prescribed to take them for longer than 10 days. Ten is the maximum time you can take OTC NSAIDs for pain. And, they should only be taken at the lowest possible dose. Those who take NSAIDs long term are at risk for serious side effects like renal failure, stroke, heart disease, eye damage, and peptic ulcer.

Long term NSAID use can also make your existing diseases worse. So if you have a condition such as high blood pressure or heart disease, be very careful. Taking NSAIDs for at least three months is already considered chronic NSAID use.

If you have to take NSAIDs that long, make sure you undergo regular blood tests. This is to check whether everything is working properly and that your organs are not damaged from the drug. NSAIDs aren’t the only drug option for treating chronic pain. Talk to your doctor about it as they might be able to provide much safer options.

When used effectively and in the appropriate doses, NSAID drugs may be very effective against gout attacks. I’d like to hear from your experiences, please don’t forget to add your comments. 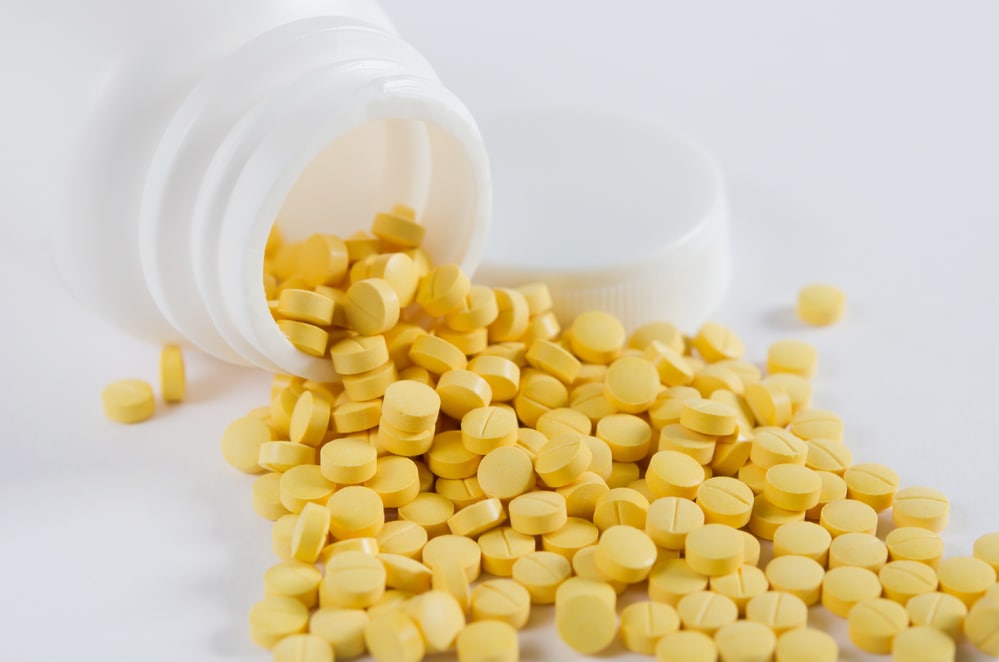 22 replies to "Gout and NSAIDs"