Which Famous People Suffer From Gout?

Yes you are not alone my beloved gout sufferer; there is plenty of company with us, famous folk from the past to present, from all walks of life that just happen to have gout! Although gout is mostly associated with kings of old, nowadays actors, musicians and even athletes suffer from this disease. The truth is that this type of arthritis is on the rise with 8 million Americans having gout and rates having doubled in the past 50 years, what would you expect, that rich and famous be spared? Doubtful! Let’s check out some famous people with gout.

Let’s begin with actor Jared Leto, when filming the movie “Chapter 27”, he had to gain 60 pounds for the role and then developed pain in his feet, since he quickly shed the pounds after filming was completed, he was afterwards diagnosed with gout. He has been quoted as saying that the pain was so painful that he had a wheelchair to get around. What do you notice here?

The lesson here is that quick and extreme weight loss and/or gain can increase the amount of uric acid levels in the blood. The evidence that overweight people are more likely to develop gout is also very plentiful. Another famous actor who has had gout for the past 15 years is Jim Belushi, you can check out a video interview where he discusses the subject on FOX news. Sir Laurence Olivier, one of the best actors of the 20th century was diagnosed with gout at the age of 58.

In the sports world, we have soccer player Harry Kewell from Australia who was actually diagnosed with gout while playing in the 2006 World Cup and a gout flare kept him out of a game. Yankees and Blue Jays pitcher David Wells also struggled with gout in both his feet throughout his baseball career and has described the pain as somebody drilling a hole in his big toe! In basketball we got NBA player and coach for the Philadelphia 76ers and Portland Trail Blazers, Maurice Cheeks got his first gout attack at the age of 46 and has been quoted as saying that although having suffered many painful injuries in his playing career, nothing was more painful than gout!

In world history from many many years ago, King Henry VIII of England (1491 to 1547) was overweight and this monarch is the reason the term “disease of kings” was coined when referring to gout. King Henry VIII was often portrayed holding a piece of meat or glass of wine, you can imagine his diet! Two years before his death, the physicist and mathematician Sir Isaac Newton experienced gout in both his feet! Ouch! In the United States Benjamin Franklin, one of the founding Fathers had gout and missed many meetings while drafting the Declaration of Independence. In 1780 he wrote an essay you should read titled: “Dialogue between the gout and Mr.Franklin”.

You are not alone 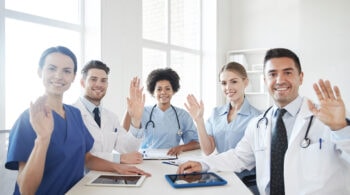 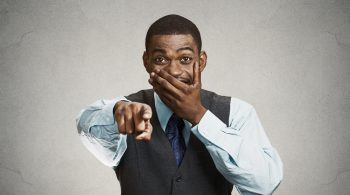 7 replies to "Gout and Famous People"