Can Nightshade Vegetables Help With Gout?

Before we look into nightshade vegetables effect on gout, let’s first have a clear definition of what they are. Nightshade vegetables are a part of the Solanaceae plant family. There are more than 2,000 plants considered to fall under the nightshade category but only a few of them are included in the regular human’s diet.

Here is a complete list of edible foods that belong to the nightshade family:

From a regular gout sufferer, these all seem to be harmless whole foods. But there’s a deeper reason why it’s being avoided by certain people. What these fruits and vegetables have in common is the solanine found in it which serves as self-defense against insects that try to eat them. However, most of its poison is not on the plant but in its leaves.

Why they are called “nightshade”, we are not really sure why. It probably has to do with deadly dangerous toxin it possesses known to kill humans, animals, and pests.

Upon looking at dozens of research, we found conflicting evidence on nightshade vegetables for gout. On one hand, there’s groups such as the Arthritis Nightshades Research Foundation who say that nightshade vegetables can worsen arthritis –and gout is a known type of arthritis caused by uric acid buildup in the blood. Then there’s those who say that it’s a myth and that they’re actually beneficial for the body. So, who do we believe? Let’s take a look at both arguments.

The Case For Why Nightshades Are Bad

People who have nightshade sensitivity don’t experience the same benefits reported by other nightshade eaters. If anything, they experience the complete opposite. Their pain and inflammation worsen immediately after consuming the food.

● Worsens inflammation. People stay away from nightshade vegetables because it has alkaloids and it promotes inflammation. They even go as far as saying they feel much better after getting rid of. They may not necessarily be allergic to it, but they have found some benefits to getting rid of it from their diet.

● Vitamin D content. The woes associated with nightshade vegetables can be largely attributed to its vitamin D content and how it’s processed in the body. Yes, vitamin D is important, but the kind found in nightshades can actually be detrimental to the body. It deposits calcium in the soft tissues of the body instead of the bones where they’re supposed to go. As a result, this causes you to experience joint pain.

● Traditional belief. In certain cultures, in the past, the consumption of nightshade vegetables were limited because they believed that it shortened people’s lives. Take for example, in Scotland during a famine in 1782, when they only ate potatoes, they would complain of dropsy which was then the term used to refer to edema or swelling.

In North America, nightshade plants like the tomato and eggplant were grown for ornamental purposes, not for consumption. Back then, they thought these foods were poisonous. No other foods that we see in the produce section has such reputation as these plants.

Why Nightshade Vegetables Could Be Good (And Not That Bad)

● Poisonous to bugs, not to humans. The poison found in the plant is often just enough to kill bugs. Humans would have to eat a big amount of nightshades in order to experience the same consequences.

● Beneficial stress. When used correctly, certain nightshades can actually provide benefits. For example, capsaicin, or hot pepper, stimulates a strong response in the body that fights inflammation. The alkaloids found in nightshades can even provide relief for involuntary muscle spasms.

● Vitamin rich. The most popular nightshades actually contain lots of vitamins and minerals which are beneficial for the body. Here is just a list of them:

NIghtshade vegetables are generally rich in fiber and antioxidants, contributing very well to a healthy and balanced diet.

● Inconclusive research. It’s already well-known that nightshades might be bad for you. But so far, there is not enough strong scientific evidence to support this. So, until then, you can only rely on people’s accounts.

Should you eat or not eat nightshade vegetables?

Look, I am not ready to dismiss nightshade vegetables just yet. In my book, they still count as good whole foods that you can be included in your gout diet. However, I also cannot discount the stories of people who have benefitted from avoiding it.

If you’ve had gout for a while, you know that inflammation is your worst enemy. It may be worth investigating nightshade vegetables to see if you are sensitive to it. You may have tried eliminating every possible bad food for gout there is. And if nothing has worked, this may be your answer.

If you’ve recently experienced a gout attack, see how long you can avoid the next one by completely removing the nightshade foods from your diet. You can even start a food diary. Avoid the nightshades for a few weeks and slowly introduce one type of nightshade at a time. See if there is any difference you feel. If you experience pain, stiffness, sudden aches, then that could be a sign that you have an intolerance for nightshades.

Alternatively, you may also consult with your doctor and/or dietician as they can help you identify whether you are allergic to it or not.

Now on to you. Is this discovery about nightshades and inflammation new to you? Want to consider getting rid of it? Share your thoughts in the comments. 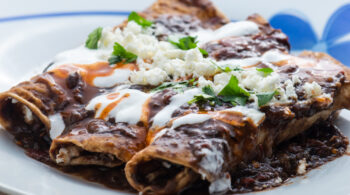 4 replies to "Gout and Nightshade Vegetables"