Is the Atkins diet good for gout patients?

Another popular fad diet that you may have heard of is the famous Atkins diet developed by Robert Atkins M.D. and one time or another you may have had a friend or family member tell you that they were on the diet and losing the pounds. Many people find the Atkins diet the easiest way to lose weight fast.

Nowadays you don’t hear it go by that name, the diet has been recycled into different names, the major player in the game is Ideal Protein with numerous centers across North America. I’ve personally got some family members that do the diet ever so often praising its benefits only to regain the weight they lost within a few months, and then go back again to redo it over and over again. What’s the point? Ya I know high protein/low carb diets are more filling making you less hungry and this helps you lose weight but this is not obviously healthy. Humans cannot live long eating a high protein diet, it’ll wreak havoc to your health putting you at an increased risk of developing disease(s). Gout sufferers should know, a diet in high protein like eating lots of meat is a one of the most common reasons one develops gout and linked to painful gout attacks.

Experts will tell you that our modern meat-heavy western diet is one of the reasons gout is on the rise in the West. As gout sufferers we know that we should limit foods high in purines, compounds that are converted in the body to uric acid. Many of the high purine foods are meats that are dense in cells which break down into lots of purines resulting in higher uric acid levels in the blood causing one gout. Like the Paleo diet which I’ve written about that is also a high protein diet, gout sufferers should also avoid the Atkins diet like the plague.

Since we have a history of gout when it comes to eating protein:

The danger of the Atkins diet

Remember that losing weight too quickly can also trigger a gout attack. Gout sufferers are more prone to wild uric acid fluctuations than regular folk when losing weight since it causes the body to burn muscle over fat. If you suffer from gout and need to lose weight you need to make sure you lose it gradually like 1-2 pounds a week. Remember from my ebook to eat the majority of your daily calories in complex carbohydrates limiting protein and fat intake. Fat can trap uric acid in your kidneys causing worse health issues down the road. Drinking plenty of water on a daily basis will help your body rid of excess uric acid. High protein diets like the Atkins diet increases the risk of developing heart disease, cancer, gout, osteoporosis and renal disease.

So is it worth it at the end to ruin your health for the sake of a few pounds? These high protein diets like Paleo and Atkins remove the importance of eating fibre and nutrients found in complex carbohydrates like fruits, vegetables, whole grain breads, pastas and rice, considered necessary for maintaining good health. I mean come on! You can’t be eating bacon on a daily basis! That is so stupid! Although there hasn’t been any studies on the subject of gout and the Atkins diet per say, if you’ve read all of my blog posts and the evidence presented from other studies evaluating meat intake with gout, you don’t need common sense to know that you are harming yourself by eating more meat than you are supposed to. Especially red meat. Those gout sufferers suffering from health issues with their kidneys should definitely be not on a high protein diet in fact Dr. Atkins himself heeded the warning in his book as well.

One last point about the Atkins diet and all other high protein/low carb diets, they’re basically a lazy man’s diet. What do I mean? Well for the past century we’ve shifted from working on the farm where we as humans were very mobile, fit and in shape to sitting on a desk for 8 hours a day, obese and basically unhealthy. What the Atkins diet allows you to do is lose the weight by eating all this protein and not exercising whatsoever. Whereas eating a diet high in complex carbohydrates which I advocate, is all about foods that provide you energy but if you do not use that energy, well ya then you’ll gain some weight. My point is here is that if you want to live a long healthy disease-free life, you must eat the majority of your daily calories in complex carbs limiting protein and fat and exercise a few minutes a day. If you don’t want to hit the gym that’s fine. Take 20 minute walks each day, try the 7 Minute Workout or do some gardening. The important part is to move your body. Use it or lose it like the saying goes.

Finally, did you know that Robert Atkins weighed 258 pounds when he died in 2003 and was considered quite an obese man?Actually his death is quite controversial since his death certificate claims he fell on ice and died but many are saying that it was probably a heart attack that caused the fall in the first place. It was also revealed in the Wall Street Journal that his doctor, Dr. Joseph Fratellone stated that Mr.Atkins was indeed overweight and speculation started stating that he may have died from his own diet. Even the American Medical Association has said publicly that the Atkins diet poses a serious threat to health.

All these diet doctors and authors these days of this low carb craze depend on this money-making machine of bars, shakes, TV dinners, best-selling books and Atkins was no exception, if anything he is the father of the fad diet. Please make sure to read this great article from the Hippocrates Health Institute about the Atkins diet. Whatever you do, do not try the Atkins diet and if you have loved ones that mention they’re on it, point them to this post. 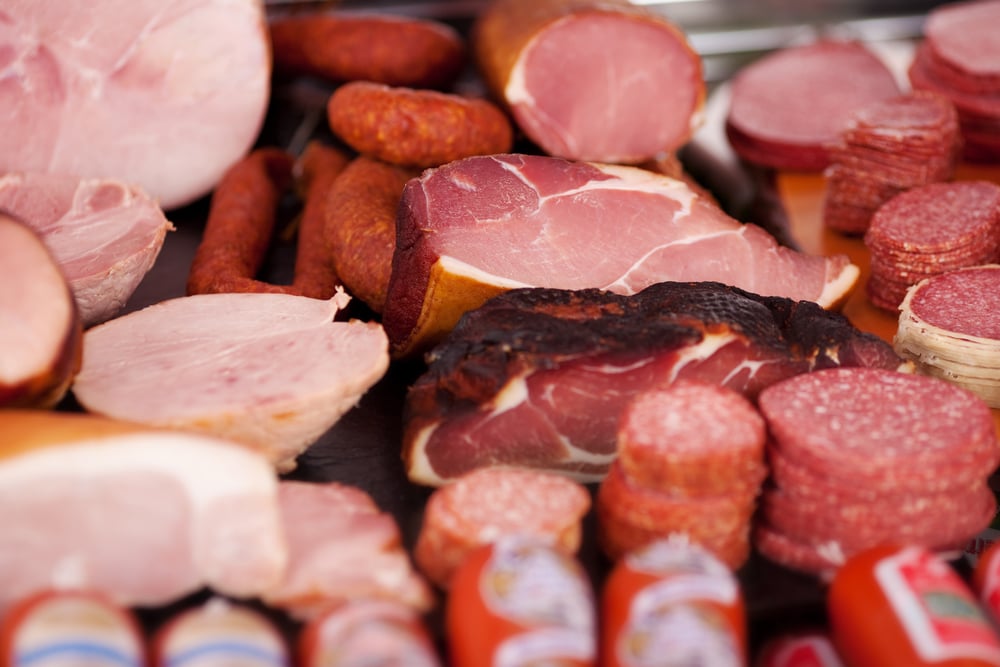 28 replies to "Gout and the Atkins Diet"